Could ThunderGod Band be the shock that saves the world?
​Local artists and writers from Keyport NJ have come together, to produce The ThunderGod album. The music is currently skyrocketing Reverb Nation’s charts, moving from relative obscurity to number one locally and regionally almost overnight. The album has moved up 20,000 spots and is currently tracking at number twelve globally. The songs are receiving international airplay. The inspiration for this work came when the writer attributed the reversal of his eye disease to an herb called “Thunder God Vine”!.

“Thundergod” is made possible by a group of top level artists that have played with big bands and stars such as Bon Jovi, Pat Benatar, Monster Magnet, and many more. The sole effort is to bring attention to an herb called Thunder God Vine that is similar to Frankincense and may potentially change the world in ways we can only imagine. Thunder God Vine may have a unique ability to unlock the hiding mechanisms that many of the most harmful viruses use to evade the immune system. Presently our battle is awareness, our music is free yet our mission is priceless. Please join us today! We are Happy to release this Free Thundergod album and thank everyone for their support. We do hope that the album reaches the many people and that the secrets of Thunder God Vine are revealed through our music.
We released our album Christmas Eve day since the vine may be similar to Frankincense with the hope of creating a better world.Thundergod Band is a multi-genre band featuring something for everyone.You can monitor our progress on the charts below. Please, if you like our music, could you let others know of our cause and educational mission?Please consider becoming a fan and sharing our music by pressing the Reverb Nation link or going to ThunderGodBand.com. 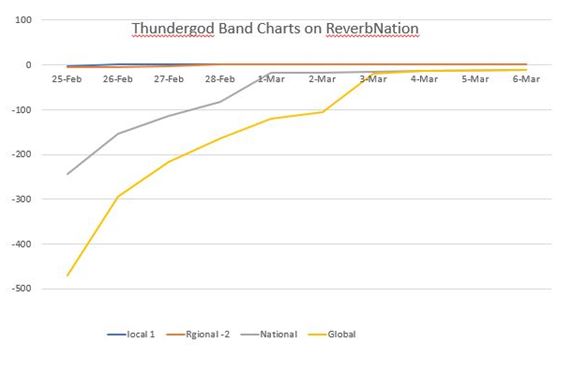 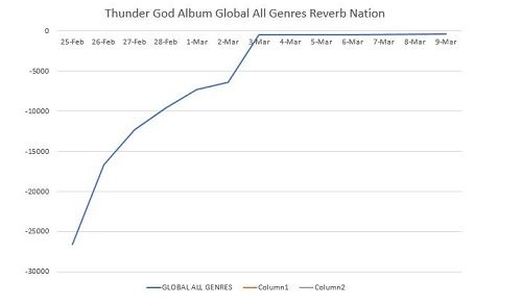